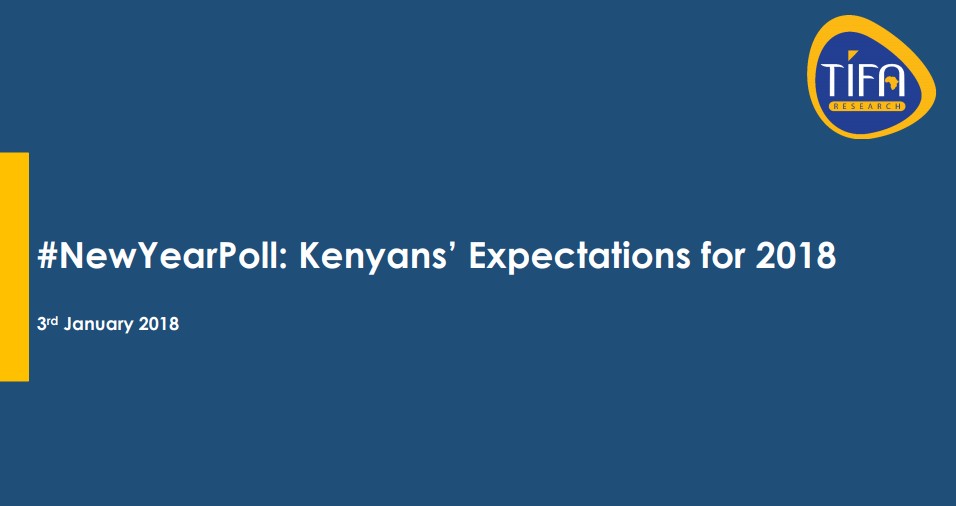 Survey: Majority of Kenyans Optimistic About 2018

3rd January 2018, Nairobi, Kenya….…Majority of Kenyans (64%) are optimistic that 2018 will be a better year than 2017.  However, there is a significant number of Kenyans (17%) who are not sure about what the year holds in store and are adopting ‘a wait and see’ attitude.  Another notable number (14%) feel that this year will be worse than the just ended 2017.  These revelations are according to the New Year Survey conducted by TIFA Research between the 12th and 16th December 2017.

TIFA Research CEO Maggie Ireri notes: “Kenyans are hopeful that the start of 2018 will be a game-changer, especially on the divisive nature of Kenyan politics and hopefully the year will signal a return to normalcy for the country. Kenyans are also hoping that politicians will give them a break for the next 5 years so as to allow the country to focus on economic development that will spur job creation and the lowering of the standards of living as the country takes a path to recovery.”