Women in Politics: Community, family, and political parties to blame for the low numbers 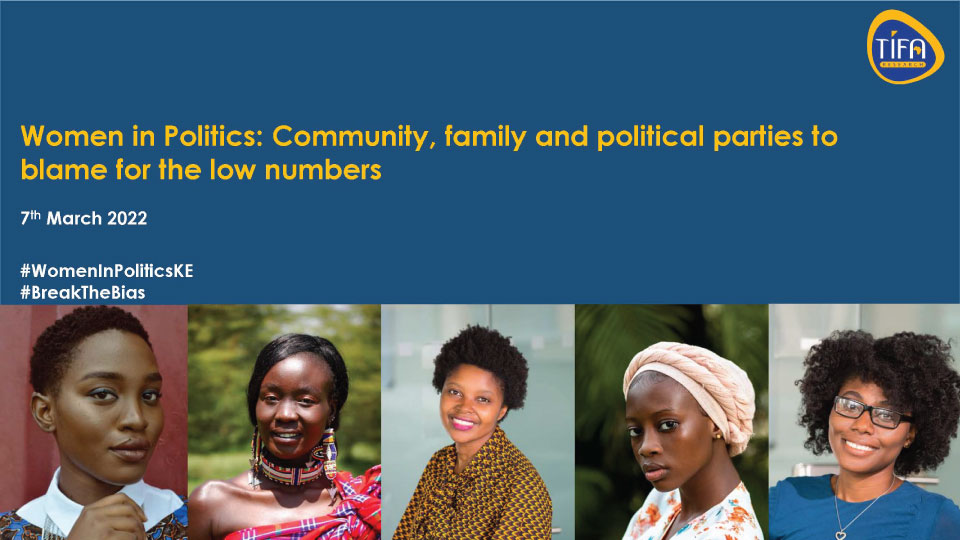 This year’s theme for International Women’s Day (IWD) #BreakTheBias has a call to action for a gender equal world free of bias, stereotypes, and discrimination.   Despite efforts to improve the involvement of women in elections, the political leadership in Kenya is still dominated by men.   As Kenyans reflect on this year’s IWD theme, there have been calls for policies and actions to result in more equitable gender representation in politics.  It is against this background that TIFA Research is sharing the results of a recent survey conducted on women in political leadership.

The study findings focus on the following thematic areas: