#YearEndPoll: 2017 Was a Bad Year for Kenyans 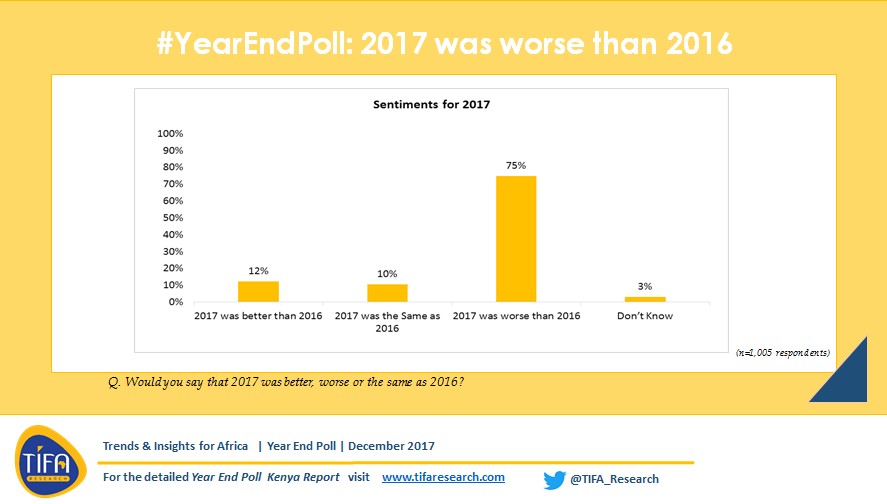 28th December 2017, Nairobi Kenya…In 2017, Kenyans experienced a number of challenges ranging from political unrest, slow economic growth, job layoffs, inflation to high cost of living. It is against this background that a new survey conducted by TIFA Research tried to find out how Kenyans felt about the just ending 2017.

The Year End Poll was conducted between the 12th and 16th December 2017, found out that three quarters of Kenyans (75%) feel that 2017 was worse than 2016. They also have the perception that the political climate, economic conditions, employment prospects, cost of living and internal security deteriorated in 2017.

“Basically, 2017 was a bad year for Kenyans. The prolonged election period coupled with drought impacted negatively on the economy and this resulted to high inflation and reduced employment prospects” says Maggie Ireri, the CEO of TIFA Research.